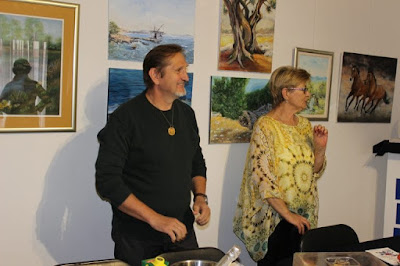 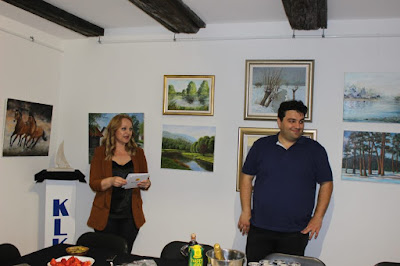 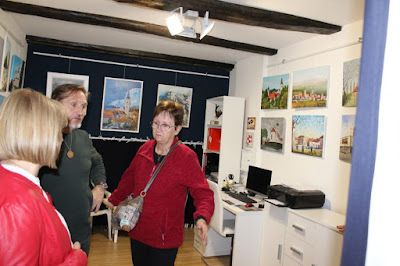 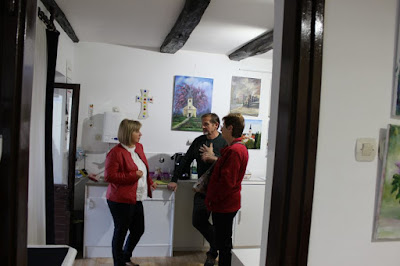 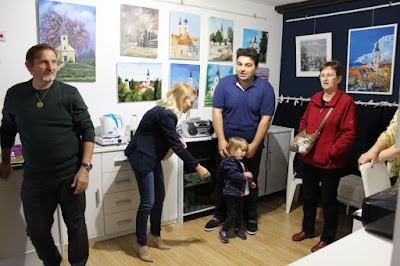 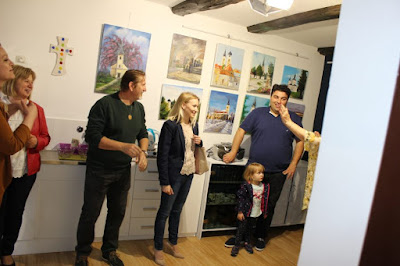 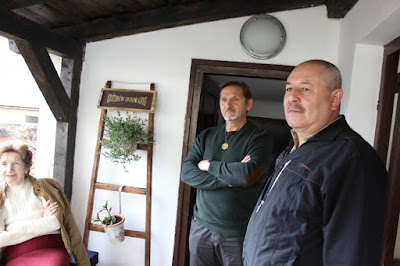 I love doing literary encounters, I love being on stage as well, but I also love spending a lot of time alone and thinking. Writing allows me to do all that.

Josip Petrlić Pjer from Križevci is a particularly interesting person. Find out in an interview with Marijana Šatrak about the famous writer, poet, children's writer, composer, sports and theater worker, music member of a popular band, this year's winner of the City of Križevci Award for Cultural Action, Croatian defender and other Pjer's work.

Dear Mr. Pierre, to begin with, tell us something about yourself for the readers of the Academy of Art?


It is very difficult and ungrateful to talk about myself, in fact about my literary and other work in culture, without sounding pretentious to the reader. Another problem is that for this presentation only, as a writer, I have only a few sentences at my disposal, but I will try.
My name is Josip Petrlić Pjer, I live in Križevci, I was a defender and I am interested in many things. For twenty years I played in a popular band from Križevci with international experience No7 band or as we were called Sedmica band . After that career, I tried my hand as a composer and released my soundtrack Ja sem pajdaš with the title song Križevci moj moj grad . I posted a few spots. I have been a member or president of a jury at several music festivals. Like many people, I was attracted to the radio and on Radio Križevci I was the editor and host of a two-hour live contact show with guests.  I am here too , which lasted 4.5 years and had 143 broadcasts.
I founded my KUPP Association and set up a handful of diverse programs throughout Our Lady. Then I became interested in theater and I wrote and staged a couple of plays and the monodrama My PTSD Story, which, to my satisfaction, I had the opportunity to stage in Tivoli in Ljubljana. At the same time, for thirteen years I was also a coach, assistant coach, similar representative in RK KTC Križevci. And finally I started to wholeheartedly and constantly deal with what I was always attracted to and what I always came back to, and that is writing.


I love doing literary meetings and so far I have "done" 62 meetings in schools and kindergartens from Kaštela, through Rovinj to Varaždin. They say I am great and unrepeatable because I combine the theater scene, music and literature. Real and unique interaction is obtained.
For this year, on the occasion of the Day of the City of Križevci, I am the winner of the Award of the City of Križevci for action in culture, which I am extremely proud of.
When did you start writing?
Since I love working with children the most and I write for children the most, I will answer this question from that position. I wrote the first song in the third grade of elementary school it had four verses and it was called Love is.I wrote poetry until the age of 19 when I simply burned two of my notebooks full of poems, thus erasing every trace of my poetry so far. I'm sorry today. I didn’t write a letter for twenty-one years, but that’s when I started composing music and I needed lyrics. I was surprised with how easily I wrote 12 stanzas for the song Križevci moj moj grad in less than an hour. Admittedly, for the purposes of the song, I have greatly reduced the number of bouquets. Song by song, and in less than a couple of years, about 900 songs have accumulated there. Then I started writing prose, satire, short stories, novels and all that for both children and adults, and I also wrote for several portals as a journalist.
Why do you like to write?
Writing for children from kindergarten to fourth grade elementary school children can be totally their own, they can be what I am. I don’t have to hide and twist. This is where I find myself best. Children are the most honest and at the same time the most demanding audience because they do not have learned patterns of behavior. They don’t applaud because they should be applauded, they don’t praise because it’s some basic bon tone of behavior towards the elderly. I love doing literary encounters, I love being on stage as well, but I also love spending a lot of time alone and thinking. Writing allows me to do all that. It also allows me to do something else, so that I can fantasize and come up with some new stories, some new characters throughout the day, without being a freak.
I also like to write for adults, but there is a completely different kind of approach, presentation, but also valorization of what has been achieved.
How would you define yourself as a writer?
In writing I like to combine real events, real characters and real locations complemented with fictional and fairytale parts of the story. I respect the readers and always in each of my works there must be unobtrusive education and if possible some historical facts. I am not a slave to one format so I write from haiku through poetic miniatures, prose, satire, short stories, novels, plays, newspaper articles, some of my reflections and comments on social media. Not infrequently I write a novel at the same time, and poetry for children and some serious satire. In one sentence, as a writer, I am completely on my own and playful.


When you write, do you feel like you are writing to those who know a lot about you or to those who know nothing about you?
I’ve never approached it in my writing or making music by thinking that way and it’s good that I didn’t because it would completely and unnecessarily burden me, and probably hamper my creativity. I would not then dare to publish any of my works. I get an idea, I go and write and write, so whatever. I hope for the best.
Are you trying to influence your readers, and if so, in what way?
I don’t think there is a writer or artist in the world who doesn’t want to or doesn’t do it consciously or unconsciously, personally I do it consciously and purposefully. I purposefully and wholeheartedly try to touch and encourage the reader, without deluding myself that I always succeed in that. In addition to the culture of writing and reading, I also promote the culture of dialogue and everyday behavior.
How extensive is your literary work?
My works in the last six years have been published:
“ Opened Dreams” (2013), poetry collection,  “I am here too” (2014), book of prose, satire and short story, “ 47 grains - 47 graines de fantasie ” (2014), book of poetic miniatures translated into French language, “ Historical Story Workshop ” (2014). novel for children, "Bilogorske zgode" 2016 - stories for children, co-author Darko Pero Pernjak,  "Patriotism and Trumpets" 2017 - poetry for school children and " Detective Pero " 2018 - novel for children (sold out in 5 months) .
What are your goals for the future?
My main, constant goal and preoccupation is to reflect as many literary meetings for children throughout Croatia as possible. Since my motivational default cycle of publishing books ended last year, I had to set a new mini goal. At the moment, I have 5 titles ready for the press that are just waiting for the closing of the financial picture and the occasional illustration and can go "out". These are: Štatutko and Marcel Kiepach - picture book with the theme of the town of Križevci and its history, Turn your umbrella - poetry for children, Vlakić and Ana travel to Kalnik - a story for children of kindergarten age, Princess HedY - a story about a boy with autism and Unfinished manuscript-a novel for adults. I hope that in two or three years I will succeed and realize that. In the meantime, I am constantly writing and creating.


And finally, what would you say to the readers?
I am not exactly for messages of this type, I would ask them more, if they can come to any of my books and recommend me in primary schools where they gravitate to reflect literary encounters with me.
More about me, what and how I work, I can find out and see on my blog Josip Petrlić Pjer https://kuppkz.blogspot.com/
Thank you to the Academy of Art for this gathering and presentation of my work and activities.
Thank you dear Mr. Pierre, it was very pleasant, you are an exceptional person.
Marijana Šatrak, Academy Art
Objavio/la KUPP u 19:39 Nema komentara: